Do you plan to stay in your home for more than 3 years, but are skeptical about investing in solar energy?

Statistics show that the United States had a cumulative solar PV capacity of 60.5 GW in 2019 and a quarterly number of new solar PV installations of 3.6 GW as of the first quarter of 2020.

Recently, the Intergovernmental Panel on Climate Change (IPCC) stated that the temperature of the Earth is rising at a much faster rate than we thought. Unfortunately, energy sources that use fossil fuels release up to 75% of these emissions globally.

Is there a way of generating energy without damaging the ozone layer?

Solar power is the best way to reduce carbon dioxide emissions by up to 100 million tons yearly. The introduction of solar energy has helped to mitigate the impact of the energy sector on climate change. 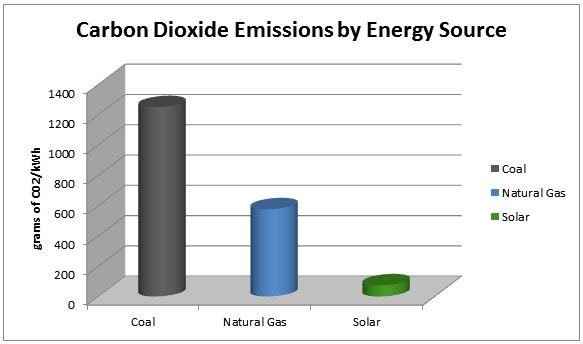 If you are reading this, then you are way ahead of most homeowners who are considering an alternative source of energy for their homes.

Let’s take a sneak-peak at what this article has to offer you:

Read on to find out more!

What is a Solar Power System?

A solar power system generates renewable energy using photovoltaic energy from the sun. It converts this energy into usable electricity. 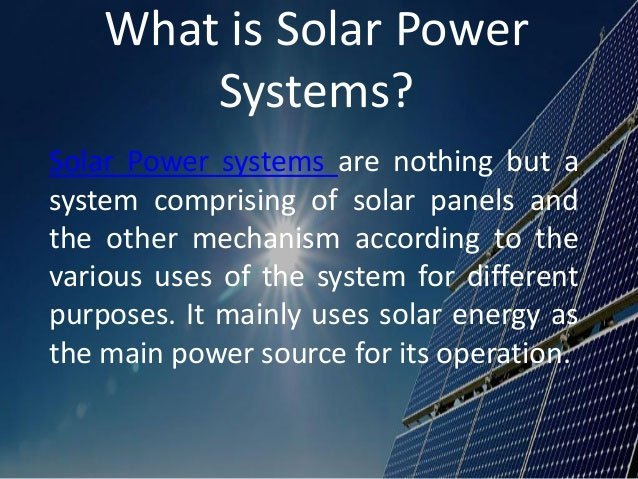 This system is often found as PV arrays on rooftops and varies in size. It can power residential properties, as well as commercial and utility-scale zones.

Solar power systems are vital to the modern-day home because of the numerous technological and electrical appliances you likely use to make life easier for yourself and your family members.

Nevertheless, there will be no solar power system without some major components. As a matter of fact, understanding these components will help you to choose the best system for your home, as well as the perfect company able to meet your needs. 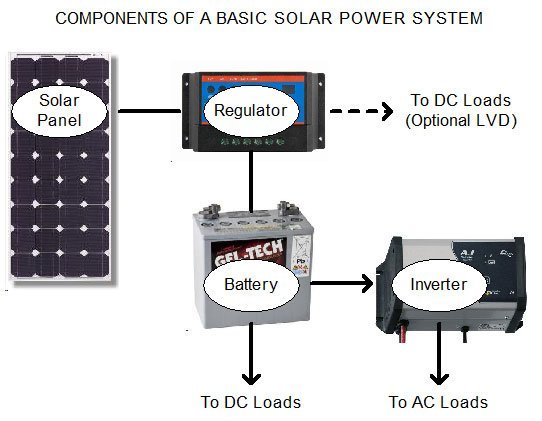 The various solar system components include:

How Important is the Solar System to Homeowners?

Installing a solar system in your home has many benefits. This mainstream source of electricity generation has really improved over time and is now quite affordable for the average homeowner. 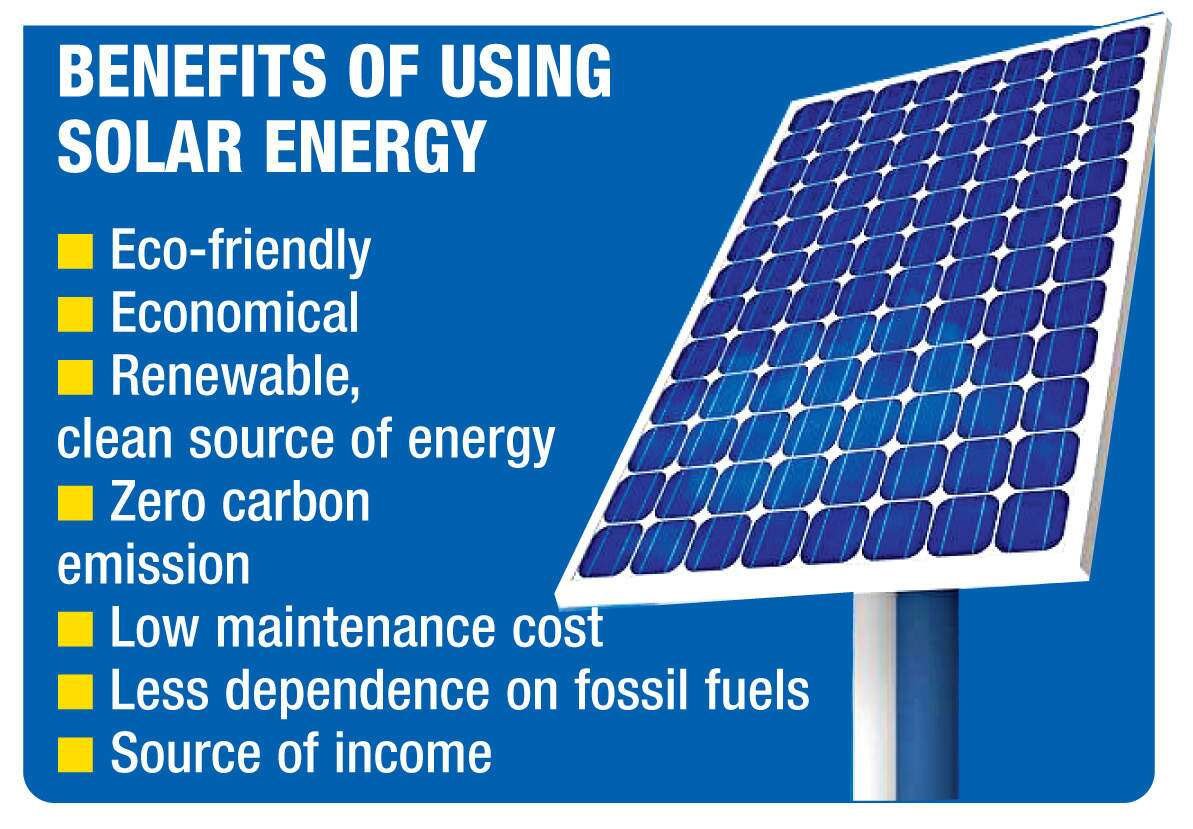 Here are some of the best reasons why installing a solar system in your home is a great idea:

Why Are Homeowners Skeptical About Buying a Solar System?

What is preventing you from buying a solar system?

Despite all the benefits of owning a solar system, some homeowners remain quite skeptical about acquiring one.

Let’s take a look at some of the challenges homeowners like you are facing when considering installing solar systems in their homes:

The main challenge that most homeowners face when the topic of solar system ownership comes up is budget constraints, especially for medium to low-income homeowners.

The ordinary person would rather install other electrical devices in their home than install an alternative source of energy. This happens because they are not aware of the numerous benefits they stand to enjoy by being energy-independent.

Net metering is an option that allows homeowners to claim credit for any extra energy they send back to the grid. Although this sounds very simple, it isn’t always the case. 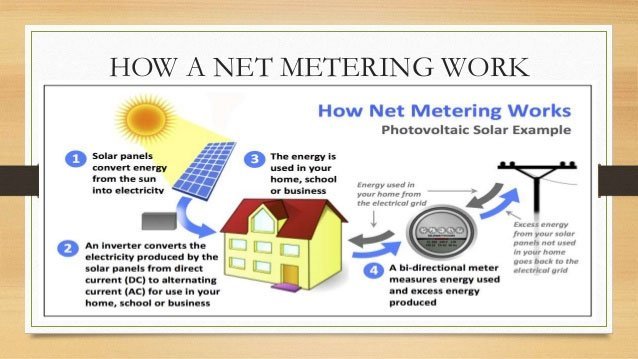 Issues may arise in procuring the net meters, but when you do, you will enjoy returns on your investment.

People expect so much from solar systems. Some homeowners expect their solar power system to reduce their electrical bills, while also carrying the full load of their electrical appliances at the same time.

They do not intend to buy a solar panel with the right capacity for their needs.

What Is the Most Suitable Solar System for Your Home?

Solar power is generated during the day when there is sunlight. If it is not used immediately in your home, it will be exported to the grid. So, if you are usually available during the day, you should buy a solar system for daytime home usage.

For instance, if you use up to 10 units of electricity a day between the hours of 7 am and 5 pm, you should get a solar system with a minimum capacity of 2kw to 2.5kw able to generate 10 units. Also, note that the number of solar units you use daily will vary, and usually doubles in summer.

Buying larger solar power systems provides substantial benefits. In addition to generating more power, they also meet high household energy demands and save a lot of costs, especially in summer when you are more inclined to use air conditioners.

If you can spare a little extra money, you can get a much bigger system that will generate more free power to meet the electrical needs of your household, while you can sell excess energy to the grid. This is a great way to earn extra credits to pay for your night-time power usage.

If you have a medium to large household that is usually occupied during the day, you will have more power demand during daylight hours. With a household like this, you will need a larger solar system or even a maximum system, depending on what your roof can accommodate.

Does your roof have orientations or is it subject to shade?

Then you will need to get a string inverter, also referred to as a standard single inverter, to generate far less than a system with micro-inverters or optimizers.

If you are not sure of the most suitable solar system for your home, ask an expert.

Factors to Consider When Buying a Solar System

Now that you have decided to buy the best solar power system for your home, there are certain factors you should consider.

Here are some tips to consider:

Where Can You Get the Best Solar System For Your Home?

If you are in the market for the best solar system, you need to consider factors like size, efficiency, durability, and the warranty of the solar panels.

To ensure you buy the best solar system, you need to contact a trustworthy solar system expert. Our solar products at Enlightened Solar are designed by experts with many years of experience in the field.

We can also guide you through the process of installing the panels or we could do it for you – with installment warranties too.

Give us a call and let’s power your home.