Have you installed solar panels in your home but always experience blackouts when you get home at sundown?

According to the Report of the Basic Energy Sciences Workshop on Solar Energy Utilization, the world’s demand for energy is expected to double by 2050 and triple by the end of this century.

The sun is an amazing source of energy and has been ideal in producing free and easily accessible electricity. Advancements in technology have made it possible to use solar energy to generate electricity using photovoltaic systems (PV). This electricity is then used in the residential, commercial, and industrial sectors. 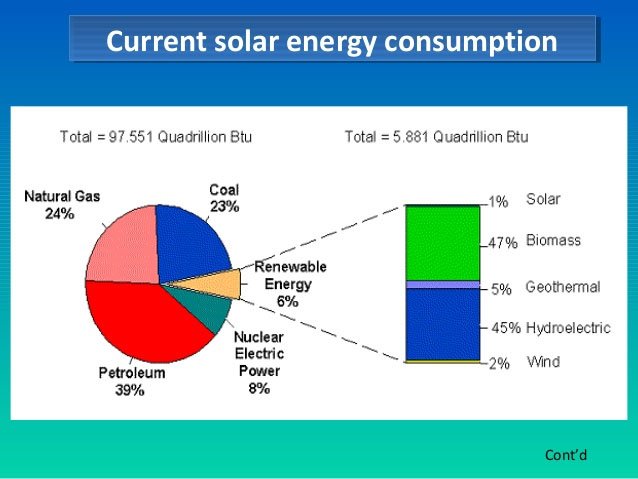 One amazing fact about solar panels is that they are extremely useful during the day when the sun is shining, but at sundown, they can be quite useless.

So, while engineers are building solar panels that are cheaper and more efficient to soak up the rays from the sun, it is crucial to have a dependable way to store it so that you can use solar energy when the sun is not shining.

So, how can you store massive amounts of solar power to use at night?

Read on to find out.

Can Solar Panels Store Energy for Nighttime Use?

No! Solar panels do not work at night. They only generate electricity and do not store energy at all.

Solar panels only convert the sun’s radiation into DC electricity, which is then sent to the primary panel of your home.

Solar panels need sunlight to create energy. Solar panels have also been known to generate some energy from the moon, street lights, and other light sources, but the output is always very low. For this reason, solar panels usually become inactive and do not produce electricity for your home at night.

Can Solar Panels Store Energy for Nighttime Use?

So, we have established that solar panels do not produce power at night.

But how can you get power supply at night?

Is it possible to shift solar output to evening hours?

Solar panels normally produce more electricity than you would normally use during the day. To balance this out, there are three main options you should consider. They are:

Let’s delve into these the options that will allow you to enjoy solar power when you get home from a busy day at work:

Lithium-ion battery technology has been around since the 1970s and has gained considerable popularity since then. As the lightest metal, lithium has the most electrochemical potential, meaning that it provides the highest energy density per weight. This makes it more efficient and far lighter than lead-acid batteries.

Pairing your energy storage with your solar arrays is one of the best ways to store energy for use when the sun is down and your panels can no longer generate electricity.

For a very long time, lead-acid batteries struggled to work properly in extreme temperatures. Thankfully, storing solar energy does not have to be so expensive anymore. With Li-ion solar batteries, you can enjoy optimal battery performance, even at extremely low temperatures.

The introduction of Li-ion batteries ensures that you can still store as much energy as possible to meet the needs of your household, even when the battery gets cold. The performance of your battery will only decline by about 10% despite very cold temperatures. 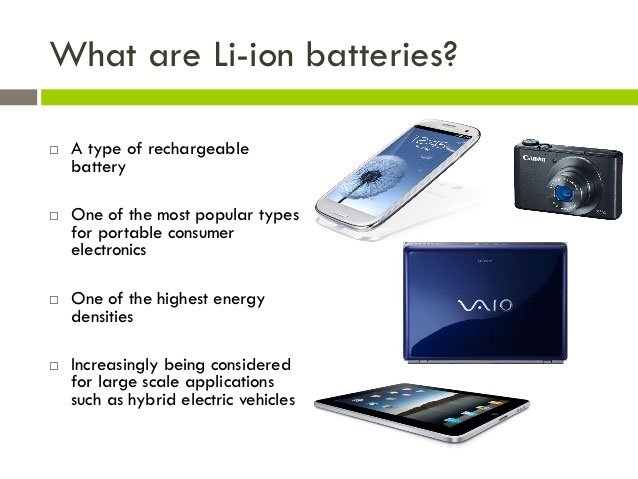 Furthermore, solar batteries have to work extra hard at extremely high temperatures. Although their performance may reduce by up to 20% at 86 degrees, the solar batteries will still be quite effective.

With the growth Li-ion technology, you too can now enjoy these advantages:

Solar batteries have a very high life span and can support many complete charge and discharge cycles before their capacity reduces to below 80%. Hence, solar batteries do not require regular maintenance or replacement. Consequently, you can use them a thousand times and they will still maintain their functionality.

Some would even say that solar batteries are almost maintenance-free and you can use them without worrying about overcharging them or damage caused by deep discharge.

If you depend on a solar home battery for your home, rest assured that the battery capacity is reliable in any type of weather.

When you connect your solar panel to an electric grid, you enable net metering, which functions like a savings account if you live in an area that offers it.

If you’ve installed an on-grid solar system, your solar panels are likely producing excess electricity, which is often deposited in the grid.

In return, the electric company will either give you a reimbursement or credit your bill. Then at night, when your solar panels can no longer generate electricity, you can use the energy credits saved on the electric grid.

Net metering is switched on each time your panels are unable to generate electricity at night. With this bidirectional connection, electricity can flow in and out of your home. 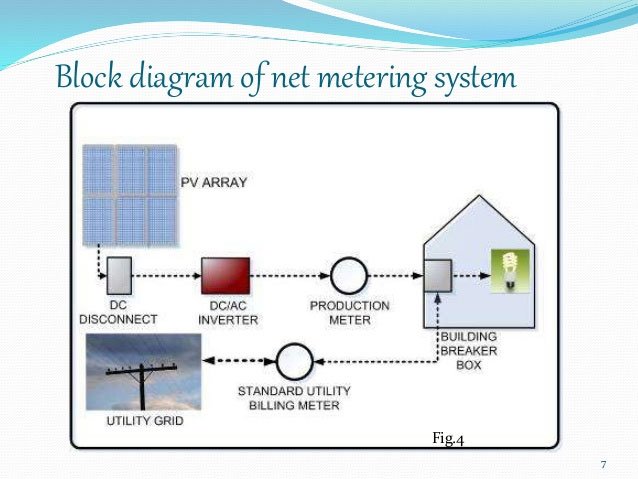 Being connected to the grid allows you to have electricity in your home even if there is a variation in the production from your solar panels. Therefore, the grid is a place where the entire community can store its solar energy.

How efficient is net metering in storing energy for later use?

Net metering is extremely efficient. Although it is not offered in all states and its future remains uncertain, with net metering credits, you will completely cover the costs of getting energy from the grid. It is unfortunate that some electric companies do not support net metering.

With solar energy growing in popularity every day, most electric companies are desperate to secure their place in the energy market. In some net metering cases, you may need to pay more so that you can draw back the electricity that you credited.

Therefore, you would be avoiding a lot of problems if you take the time to check out the net metering policies in your area. Also, consider using solar battery storage to augment your solar panel system. Nonetheless, you need an expert to guide you.

Our expert advisors are ready to help you and answer any net metering questions that you may have.

Sunlight provides us with a lot of free energy, but it is quite difficult to harness all that energy since the sun only shines in the daytime. To help us generate and utilize power at night, researchers have been working on ways to improve the efficiency of solar panels.

However, high-efficiency solar panels have not been effective in generating solar power at night. Even battery technology has been improving extremely slowly.

Scientists from the University of California Davis have now created a technology that can help to supplement power generation at night when your solar panels and batteries are ineffective. This is known as anti-solar panels. 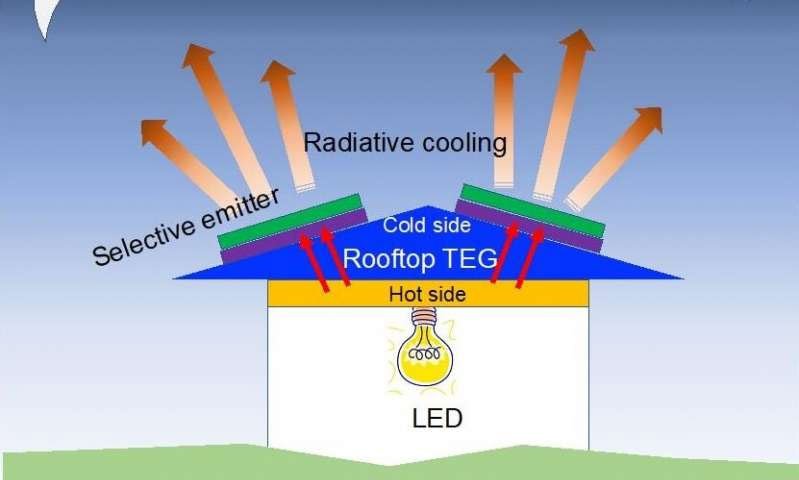 How do anti-solar panels work?

The team from the University of California, Davis proposes a technology that works as a heat engine.

In a paper they published in the ACS Photonics Journal, they affirmed that if you want to generate electricity at night, you have to create panels that work the exact opposite way your solar panels work in the day time.

It is common knowledge that solar panels can absorb light or radiation from the sun and convert it into energy because they are cold compared with the sun. Space is cold too, and so is the night sky. Therefore, pointing a warmer panel from Earth towards the sky will make the panel radiate energy as infrared light towards the sky.

Although anti-solar panels look like regular solar panels, they use different technology.

According to a professor at Department of Electrical and Computer Engineering, UC Davis, Jeremy Munday, “you have heat energy coming from the Sun towards the Earth and that normal solar cell picks off that energy as it’s transmitted from the Sun to the Earth, so basically you need these two different temperature bodies and some way of converting that power.”

He went ahead to say that, “what this nighttime device does is a similar sort of thing—where it’s just taking a hot body and a cold body—but now the relatively hot body is the Earth and space is the cold body. As this heat is flowing from the Earth to outer space, it’s picking that off and converting that into power.”

Solar panels depend on photon-absorbing photovoltaic cells to create pairs of electron holes across a semiconductor to generate a working voltage. In contrast, anti-solar panels use a thermo-radiative cell to create electron-hole pairs by emitting infrared radiation from Earth into space.

It is estimated that these thermo-radiative cells may not be able to generate more than a quarter of the power that solar panels generate in the same area because of the infrared light’s lower energy.

What makes it easier for solar panels to capture light in visible wavelengths is the silicon material they contain. Perhaps if materials like mercury alloys, that are known to interact better with longer wavelengths of light, are used to manufacture these thermo-radiative cells, it could boost their efficiency.

Researchers are still developing prototypes to see if the concept can work effectively.

Another option for generating solar energy at night is to direct the electricity from the PV to your water electrolyzers, responsible for generating hydrogen gas. You can store the hydrogen to use as feedstock for the fuel cells, allowing them to generate electricity when you need it.

This option is best suited for people in the industrial sector.

Meyer, while explaining his new strategy, said that the key to converting solar energy to hydrogen is water.

According to him, “You start out with water and just break it into its elemental form,” he says, “then collect that hydrogen in a tank and then burn it at night.”

He aims to reduce our carbon footprint while working with water to extend this project to power homes.

How does Meyer’s plan work?

First, solar energy will convert carbon dioxide into its combustive cousin, methanol. Then at night, the power plant will burn the methanol as fuel to convert it back to carbon dioxide. It will be captured and stored for later use.

When the sun comes out, the process of recycling carbon would begin again, thus reducing potentially harmful emissions.

This is a very expensive option.

You can also store electricity in supercapacitors. Later, electricity can be discharged and used to generate power whenever you need it.

How about storing solar electricity as potential energy when water is pumped to higher elevations?

Whenever you need electricity, you can convert the stored water potential into kinetic energy to spin the turbine (this is a way of combining hydroelectricity and PV) to generate electricity.

Then the receiver absorbs the thermal energy and stores it in a hot thermal tank ready for use when needed.

Which Option Do You Prefer To Use To Store Solar Energy For Nighttime Use?

The sun is our most trusted and most abundant sustainable resource in a world where climate change and fossil fuel hazards are impacting our lifestyle, communities, and planets. It is quite clear that the best solution for generating light at night is either solar batteries or net metering.

While solar panels may not be available to generate electricity for you at night, you can trust Enlightened Solar to handle your power issues.

Without increasing your carbon footprint, we can help you to build a clean future by creating clean solar energy for your home.